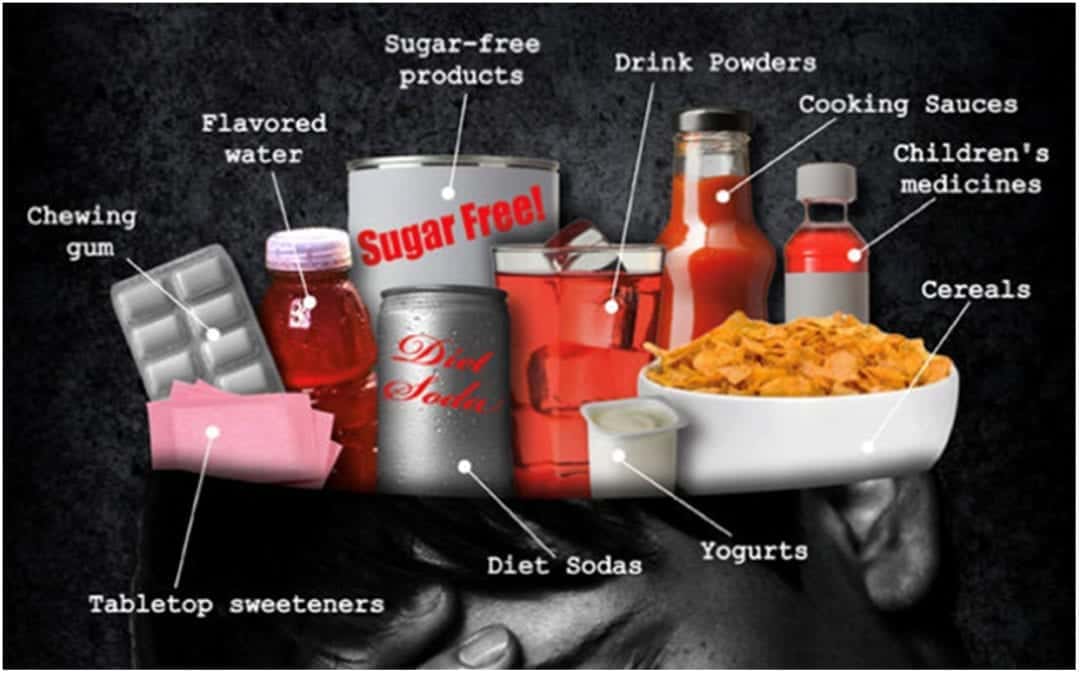 Artificial Sweeteners Are Better For Your Health, or Not?

First of all, there’s the deception. We’ve all been tricked. Don’t most of us believe that the main reason to choose artificial sweeteners like aspartame is for weight control? They sit ready for us in little blue or yellow or pink packets on almost every restaurant table and in many foods and drinks. But here is the truth: Aspartame will NOT help you lose weight. Aspartame does quite the opposite:

Please let me explain so you really get this.

Your liver has the monumental task of breaking down aspartame. Aspartame is very toxic and it takes a lot of energy to break it down. That leaves a shortage of energy for fat burning. So your body stores fat instead. When this continues, excess fat may also build up inside the liver cells, causing fatty liver. When this starts to occur it is extremely difficult to lose weight.

Because aspartame causes unstable blood sugar levels it actually increases your appetite and cravings for sweets/sugar. That’s not exactly helping lose those extra pounds right? But this is not the worst part of consuming aspartame.

Secondly, there are dangers. Aspartame is by far the most dangerous substance added to our food in our lifetime.1

Warnings about the toxicity of aspartame were issued in 1991 by the National Institutes of Health and also in 1994 by the US Department of Health and Human Services, listing 88 documented symptoms of aspartame toxicity. Some of these include birth defects, depression, mental retardation, chronic fatigue, brain tumors, epilepsy, multiple sclerosis, Parkinson’s and Alzheimer’s. Even though it is known to be toxic, the additive remains in foods and drinks and in colorful little packets all across the US and the world.2 It in fact, accounts for over 75% of the adverse reactions to food additives reported to the FDA. Many of these are very serious, including seizures and death.

Russell Blaylock MD in his book Excitotoxins explains that aspartame creates a formaldehyde byproduct when consumed and this causes massive cell damage which results in all sorts of health problems as you will see in the lists below. Did you get that? Stir that pink/blue/yellow packet into your tea and you end up with formaldehyde in your body, a very difficult toxin for your body to deal with. (Yes the same formaldehyde as embalming fluid).

Effects on Your Brain

On top of that, aspartame, just like MSG (monosodiumglutimate), is an “excitotoxin.” One of the amino acids in aspartame, aspartic acid, can cross your blood-brain barrier. Within fifteen to thirty minutes your brain neurons begin to swell, not unlike a male body part that swells with excitement, but in this case, the end result is quite horrible. So the aspartame over stimulates brain cells, and within three hours the neurons are DEAD. Even with smaller amounts of aspartame (or MSG) the end results in dead neurons. So have a typical meal out & consume the MSG enhanced salad dressing, the MSG enhanced barbecue sauce or gravy, and stir in that aspartame packet into your drink or just choose a diet soda and you are getting a DOUBLE WHAMMY of these very toxic chemicals. Check the lists below for any health issues you may be having as a result.

Many pilots realize the dangers of aspartame causing seizures and vertigo. A paper warning about aspartame was presented at the 57th Annual Meeting of the Aerospace Medical Association (Gaffney 1986) and there have been over twenty articles sounding warnings in multiple aircraft and pilot related periodicals. A hotline was even set up for pilots suffering from acute reactions to aspartame ingestion. Over 600 pilots have reported symptoms including some who have reported suffering grand mal seizures in the cockpit due to aspartame. 3

Aspartame accounts for more than 75% of the adverse reactions to food additives reported to the US FDA. Many of these reactions are very serious including seizures and death.

Do you have any of these symptoms? Here are just some of the over 100 different symptoms caused by Aspartame:4
Headaches/migraines – one of the MOST COMMON complaints

*In addition according to researchers and physicians studying the adverse effects of aspartame the following can be triggered or worsened by the ingestion of aspartame:

Cancer, Say it’s Not So.

Did I mention that aspartame is a carcinogen? Multiple studies have confirmed this, including one from Harvard. 5 6 Moreover, Dr. James Bowen, MD Neurologist, wanted aspartame removed from the market rather than labeled, because the cover-up was such a huge issue, people would not realize they were consuming a literal addictive, excito-neurotoxic, genetically engineered, carcinogenic drug, adjuvant and teratogen, causing (among many other illnesses) neural tube defects in pregnant women with no warnings by doctors or manufacturers. 7

How On Earth did this chemical get approved?

The truth is the FDA rejected aspartame’s request for approval, not once, but actually four times. There was even a report in the Bressler Report that was compiled in 1977 after FDA scientists looked into the field studies conducted on aspartame. This report uncovered fraud and manipulation of data so serious that the FDA forwarded their files to the Chicago U.S. Attorney’s office for prosecution. In the report Dr. Adrian Gross — a very well regarded pathologist, looked at the material. He said there was an enormous increase in tumors, particularly brain tumors, and that’s what we’re seeing now. 8

So what happened? How did this dangerous chemical get approved? In 1981 President Ronald Reagan appointed Dr. Arthur Hayes as head of the FDA. Dr. Hayes appointed another committee member who voted in favor of the approval resulting in a tie which Dr. Hayes broke with his own vote of approval of aspartame. It is worthy to note that three FDA senior scientists begged the commissioner not to approve it.

Just two years after Dr. Arthur Hayes approved aspartame he left the FDA under charges of impropriety. What’s more interesting is that the day after he left, he was hired by the PR firm for G.D. Searle, the manufacturer of aspartame, with a compensation of $1,000 per day back in 1983. (Today that would be about one million a year.) …another political revolving door with the very industry being (supposedly) monitored. 9

PLEASE BE AWARE. Aspartame is found in countless foods, candies, gum, drinks, even medicines, some for children. Please read the labels. If you see this or any artificial sweetener listed, protect your body from all the possible dangers of aspartame and choose another food or drink. Even products like chocolate milk may contain aspartame.

Here are some of the names used which disguise the real artificial sweetener:

WHERE did these sweet chemical concoctions come from?

A quick Google search will have you shaking your head in disbelief at how some artificial sweeteners came to be! The grandfather of them all is Saccharin. This chemical substance was discovered by a Johns Hopkins University researcher. Only he wasn’t researching how to make things sweet with no caloric intake. He was tasked with figuring out what to do with leftover coal tar. One day when he forgot to wash his hands before lunch and tasted something sweet on his fingers, saccharin was born (once he figured out what caused the sweet taste). This sweetener was actually banned in 1912, but due to rationing of sugar during WWI, the ban was reversed. You can find saccharin in products today.

Sweet’N Low® (Cyclamate) has a similar while slightly less shocking story. Cyclamate was discovered during Research and Development for a fever-reducing drug. In the late 60’s when cyclamate was found to cause bladder cancer in rats the company that makes Sweet’N Low® swiftly turned to saccharin as their backup plan.

Aspartame which we discuss a lot in this article was yet another accidental discovery during research to develop an ulcer drug. To manufacture it the patent for this discloses that cloned microorganisms genetically modified E. Coli are cultivated. The well-fed E.coli cultures DEFECATE the proteins that contain the aspartic acid-phenylalanine amino acid segment needed to make aspartame. These proteins are harvested by the assistants collecting the bacteria’s feces which are then treated. How do you like that?

Sucralose, also known as Splenda® was created in 1976 when scientists found a way to bond sucrose molecules with chlorine. CHLORINE. You read that correctly! When a researcher was asked to “test” the compound he misheard and “tasted” instead. He survived and 33 years later Splenda is on shelves and in restaurants everywhere and has replaced NutraSweet® as the most popular sugar substitute on the market.

Neotame is another artificial sweetener on the market that you may read on labels and not recognize it as an artificial sweetener. One chemical in neotame, which aspartame does not have, is 3-dimethylbutyl, which is on the most hazardous chemical list of the EPA (Environmental Protection Agency). And like aspartame, it metabolizes into formaldehyde, which is a highly toxic poison. Both are excitotoxins, 10

1. If you are consuming artificial sweeteners you can start eliminating them and avoiding them. After two to three weeks, notice if any symptoms you may have had are gone.

2. Only use healthy sweeteners. If you must have a sweetener, consider stevia from the stevia plant. Any good health food store will have a good selection of these. In fact, there are even cola drinks (in health food stores) that use stevia instead of the chemical artificial sweeteners. And liquid stevia now is available in flavors like vanilla, chocolate and butterscotch.
You might like xylitol, which is a sugar alcohol that naturally occurs in some plants. It actually has some health benefits like boosting dental health. I personally really like my xylitol-sweetened chewing gum. Another option is monk fruit from the actual monk fruit. This one may have an aftertaste more than the others but some people do like it. I, personally, actually really like monk fruit.

3. If you are desiring to drop some weight, you must know that balancing your hormones is key to your ability to lose weight. As Gin Stephens writes in Delay, Don’t Deny, the real sneaky thing that you need to understand is that even zero-calorie beverages and sweet tasting diet products cause your insulin to spike! This prevents your body having access to your stored fat effectively, and you also risk slowing your metabolism. Even stevia will do this!

4. Please consider a liver cleanse If you have been consuming artificial sweeteners to support the health of your overworked liver. Milk Thistle is an herb known to support the liver, which I personally use daily.

OK, you know the facts now. Read labels and avoid artificial sweeteners under any of their many names!

May I just say – “Back to nature” – Sticking to REAL CLEAN (organic) foods is the wisest choice. Have a few organic strawberries for your sweet treat!

As Your Health Defender I am warning you of the lies we‘ve been told regarding the supposed safeness of aspartame and similar artificial sweeteners and I encourage you to continue your learning. 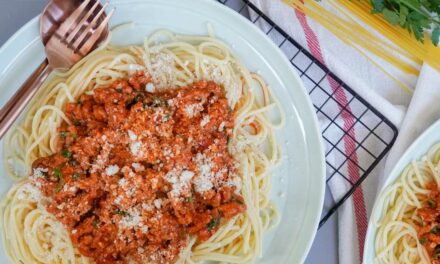 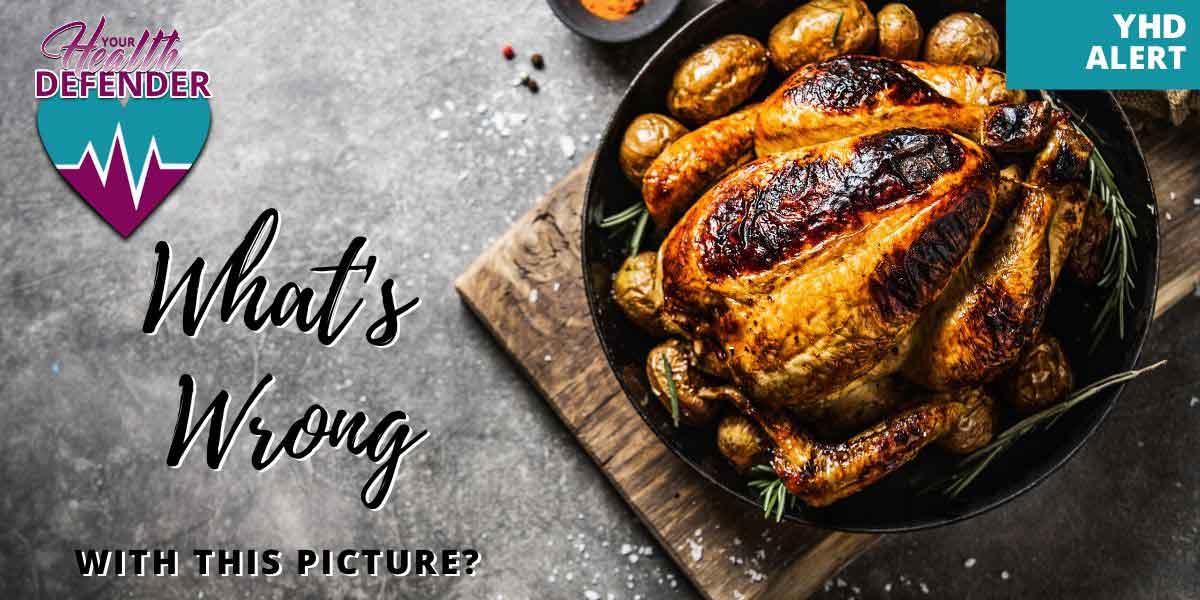 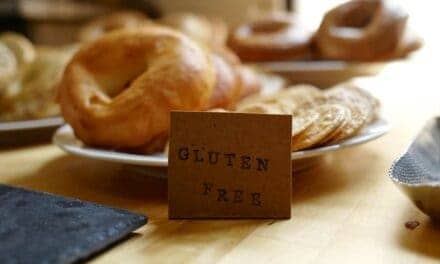 Gluten-Free is Not a Fad: How to Start Eating Gluten Free 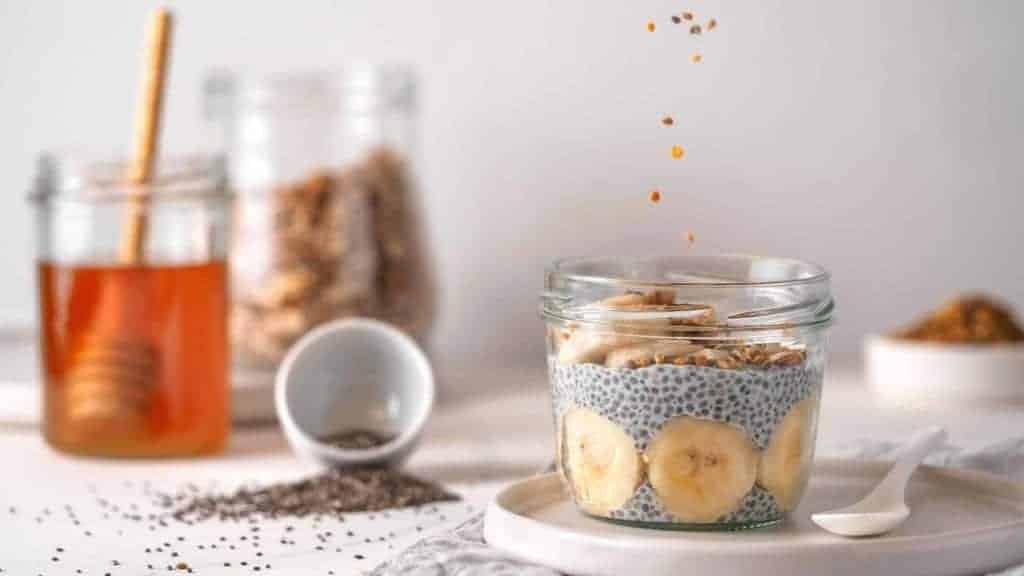