Ugly Food is the Best Food 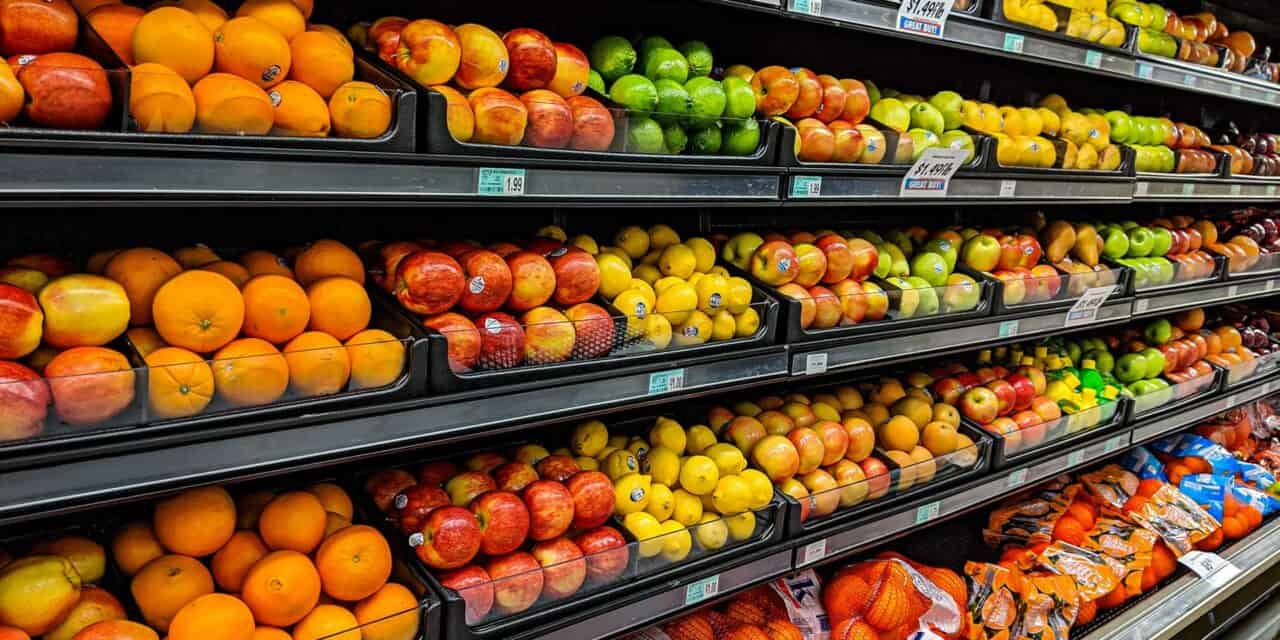 Contrary to common belief, there is a time when UGLY is BETTER!

It’s on the inside that counts, right? To be fair, our insides contain all of the crucial parts of ourselves like our organs, tissue, and skeletal system. Our insides are filled to the brim with the things that keep us ticking.

Throughout our years, we have often been taught that the way something looks is what matters most: that if something doesn’t look good, then it’s not worth much.

However, this couldn’t be further from the truth, especially when it comes to our produce. Don’t be fooled by the way fruits and vegetables appear. Just because they don’t look perfectly smooth and shiny on the outside doesn’t mean they don’t have just as many health benefits (if not more) as their perfect counterparts.

Should You Buy Produce at the Grocery Store?

The grocery store, while a necessity for most of our busy lives, happens to be one of my least favorite places sometimes. “Why?,” you might be asking; It’s because their produce is too perfect.

Think about perfect tomatoes wrapped in cellophane or carrots cut down into bite-size pieces. That can’t be too bad for us, right? Wrong.

Baby carrots are produced to be in that shape for convenience, but is it really the healthiest thing for your body?

Baby carrots, in particular, are actually the result of a process called “bunching.” Bunching is when farmers cut the tops off of carrots and then sort them by size. The smaller ones are kept and sold as baby carrots, while the larger ones go on to become full-sized carrots—and sometimes even as canned or dehydrated carrots.

Bunching is a way to get more out of each carrot plant and make them last longer. But there’s a HUGE downside for consumers: because baby carrots are cut from top to bottom, they’ve lost much of their nutrient value by the time they reach your grocery store shelf. In fact, according to nutritionist Dr. Karen Ansel, the removal of the tops means that about 70% of beta-carotene and vitamin C are lost from each root!

Crop scientists have worked diligently in past years to ensure the quality of our food, but with such a plethora of produce, its growth, and its consumption, are we sure the industry standard is up to standard for our lives and bodies?

I believe that the old saying “it’s the inside that counts” is the epitome of truth when it comes to fruits and veggies, and that’s something to ponder when perusing those perfectly placed plums in the produce section of your local grocery store.

Do You Really Know Where Your Food Comes From?

A lot of people, in the United States especially, don’t know how their food is grown, much less what it looks like straight out of the ground or freshly picked from the tree or bush on which it grows. Most don’t realize that imperfect produce is REAL produce.

I was having dinner with a friend the other evening, and she was telling me about how her grandkids were in town staying for the summer. One of them, who is about ten now, went out to the garden with her grandma and grandpa to help tend to it.

As they were working in the garden, her oldest granddaughter said: “Granny, these tomatoes look dirty.” Her grandmother just laughed and told her that’s how tomatoes are supposed to look—they have dirt on them!

It’s funny how seeing things for what they really are can change our perception of them. We know that things grow out of the dirt, but how often do we pretend they didn’t? How often do you walk around the grocery store picking up the shiniest apple or the perfectly shaped cucumber? Are you thinking about nutrition when you’re doing those things? Or is it just a habit you’ve learned over the years?

When you buy organic produce at the farmers’ market, you can be sure there are no pesticides or chemicals in your food, which means that even if it’s weird-looking, it’s probably just as good for you as the other stuff. So most of the time, that little misshapen piece is just a personality trait!

Food banks are often on the receiving end of imperfect produce. However, those fruits and veggies are still edible and full of nutrients. You don’t have to be fooled by the consumer appeal of inorganic produce!

No Farmers Market? No Problem.

It’s funny that there are various businesses built on the idea of “ugly” foods, or imperfect foods, on a wide scale. Just like anything these days, things seem to have to look nice before they manage to sell well.

What that can do with organic produce is leave some of it looking less than desirable for purchase in mainstream markets. On top of that, organic produce has a shorter shelf-life (that’s the price we pay for keeping harmful preservatives out of our body; it’s totally worth it!)

This is why we have seen companies like Misfits Market or Hungry Harvest, which are “ugly produce” companies, offering “ugly food” boxes. By utilizing a food system, companies like these are able to make the most out of the life of organic produce. One thing I wish everyone could see is that these natural fruits and veggies aren’t untouchable uglies; they’re a beautiful representation of naturally-grown food!

Fresh food will always be more important than pretty food.

I know, I know: we’ve been raised to believe that prettier is better and that the more appealing something looks, the better it tastes. But let’s be real: there are some things in life that are just not meant to be aesthetically pleasing. And while some might argue that this applies to food, I’d like to present you with a case for why freshness should trump all else.

First of all: do you really want a plate full of perfectly-shaped strawberries? Do they taste any better than their slightly squished counterparts? Or how about your favorite fruit salad—does it really matter if those sliced strawberries were once perfectly pointed and congruent to one another? NO! Don’t let your desire for things to be “as they’re supposed to be” keep you from utilizing your produce or prevent you from buying organic.

Second of all: Freshness is one of the most important aspects of any meal. This isn’t just about flavor—it’s about nutrition! Grocery store produce goes through several days of travel and several more days of sitting on the shelf before it gets to you. While this is great news for grabbing that gluten-free pasta or some of your favorite seasonings, it’s less than great news when it comes to choosing your produce, the one thing in your diet that should ALWAYS be as fresh as possible!

I get it—you want your produce to look pretty, but I’m here to tell you that it’s okay if it doesn’t. In fact, it might just be better that way.

So, the next time you’re at the grocery store picking the perfect bunch of apples, ask yourself if the shiniest one is really going to give you the most nutritional benefit. Once you start setting a standard for nutrition-first buying, you’ll start rethinking the way you buy, prepare, and eat your fruits and veggies! 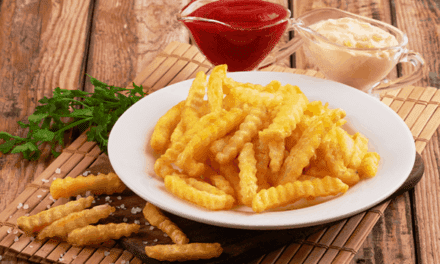 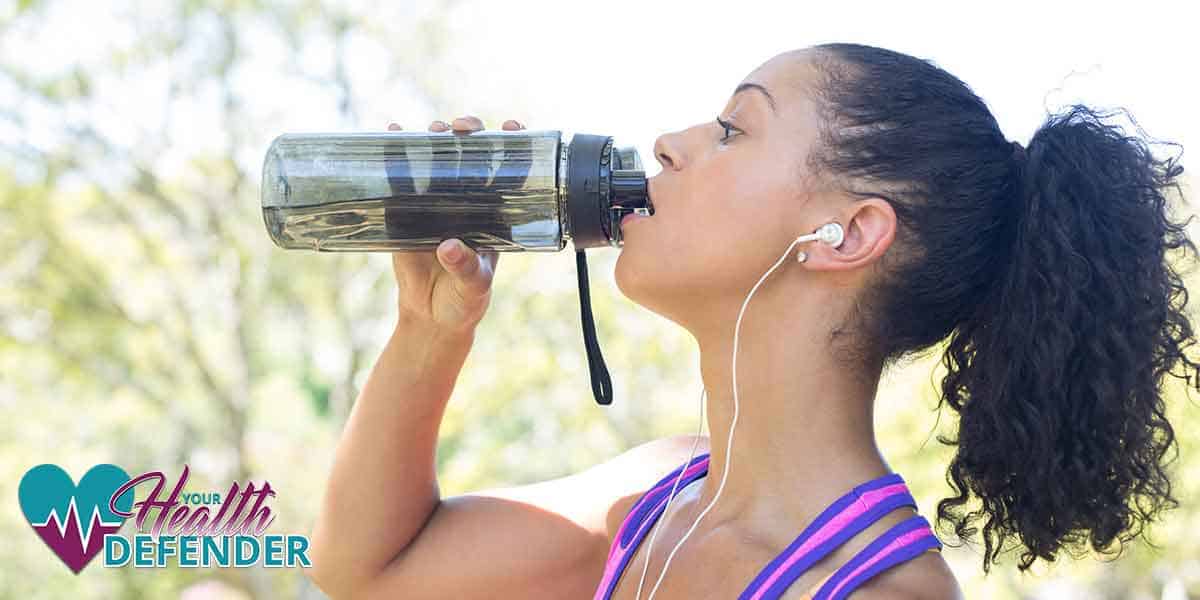 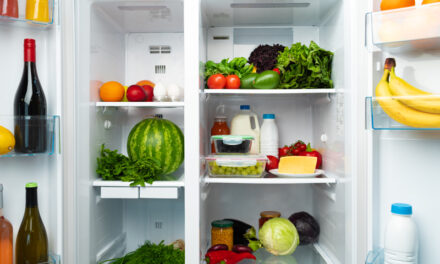