Informed Decisions and the Freedom of Choice

Understanding Health Freedom in a time of uncertainty.

And why it matters …

Broadly defined, the word “healthcare” means, “efforts made to maintain or restore physical, mental, or emotional well-being especially by trained and licensed professionals.”

While this may be the formal definition, I’ve noticed healthcare holds a different meaning and yields different choices to nearly every single person who has experienced it in the U.S.

Some people consider healthcare to be healthy eating, daily exercise and occasional visits to the doctor. Others view it as ER visits, prescriptions and waiting rooms. Still, others may see it as something they try to avoid at all costs. Until the very recent past, healthcare and how you approach it as an individual, and for your children, was part of the choices we are free to make as American citizens. Those choices are being challenged and it’s important you understand those changes, and why they matter.

Whatever your view is on healthcare in the United States, I acknowledge and respect that you are entitled to your own opinion. However, I would be remiss if I didn’t share information that I have gathered about my own view of healthcare in this country.

There are definite advantages to Western medicine, including life-saving surgeries, procedures and medication, and for those things I am grateful. We would never want to lose our access to these opportunities to be cared for. On the flip side, there are injustices that I feel compelled to speak about. When patients are prescribed a drug by their doctor, they typically trust that it will be a magic bullet to help them achieve better health and they don’t think twice before taking it. While doctors may have the best intentions, it’s vital for you to do your own research!

Links I Mentioned in the Video

The pharmaceutical industry is rife with inconsistencies, malfeasance, and greed. The Business Research Company projects that by 2021, the prescription drug industry will reach $1170 Billion Dollars in revenue. The annual growth rate recently jumped from 5.2% year over year to 5.8%. With pockets this deep, the pharmaceutical industry can and does influence all facets of government, the medical industry can easily afford to put marketing dollars to work in their favor when the need arises. And it does, all of the time. The drug industry spends no less than five billion dollars on marketing each year with a budget of around $8,000 aimed at each doctor they can get an appointment with.

More and more, pharmaceutical companies are coming under fire for their marketing tactics and the jaw dropping number of horrifying side effects that often accompany their products.

Let me provide you with some examples.

A Reuters investigative report reveals how federal judges are complicit in shielding pharmaceutical giants like Merck & Co. by allowing the company to conceal the evidence of real risks of harm from widely prescribed drugs. The risks are often concealed from physicians and the public.

When John Pfaff started balding in his 30s, he decided to start taking Propecia, a popular drug from Merck & Co that helps balding men regrow hair. Around the time John started taking this drug he began to experience symptoms of depression and a decreased sex drive. These symptoms progressed and he eventually stopped taking the drug, however he still experienced sleeplessness and random bouts of anger. As time went on, things became more dismal and on March 15, 2013, John killed himself.

John’s wife Kelly blames Merck for her husband’s death. In a 2015 lawsuit, Kelly alleged Merck knew that Propecia could cause sexual dysfunction and depression in men but concealed it from the public.

Kelly’s lawsuit was one of 1,100 filed in the U.S. and was consolidated in so-called multidistrict litigation in federal court in Brooklyn. The lawsuit accused Merck of not adequately warning patients of prospective side effects and the duration of those side effects.

Merck told Reuters, “ it stands behind the safety and efficacy of Propecia,” stating that millions of men had safely taken the drug since the late 1990s.

The drug does include erectile dysfunction among other sexual problems as a side effect in a small portion of men, however Merck denies allegations that these issues as well as mental health issues persisted in men after stopping use of the medication, stating the side effects could be caused by other factors.

On the contrary, Reuters reviewed confidential documents that accused Merck of exaggerating the drug’s safety record. These documents were filed under seal or heavily redacted by plaintiffs’ lawyers.

Despite knowing there were medical secrets in the documents important to the case, the judge hearing the case allowed the documents to be kept out of public view.

While tragic and potentially lethal, this action has become more of the norm than the exception in product-liability litigation that impacts public health and safety in the U.S.

In April of 2018, Merck settled hundreds of the Propecia cases in exchange for the plaintiffs to drop their claims and stop discussing confidential court records.

Propecia isn’t the only drug that’s had deadly consequences due to reckless marketing and misinformation from Merck.

In 2011, Merck agreed to pay $950 million and pleaded guilty to criminal charges over their marketing of the painkiller, Vioxx.

Vioxx was approved by the FDA in 1999 and later pulled from market in 2004 after evidence showed it posed a heart risk.

Merck paid a criminal fine of $321 million after they promoted Vioxx to treat rheumatoid arthritis before the FDA had approved it to treat that condition in 2002.

Doctors can prescribe drugs as they see fit for patients, however pharmaceutical companies can’t market those drugs for uses other than what is deemed safe and beneficial by the FDA.

“When a pharmaceutical company ignores F.D.A. rules aimed at keeping our medicines safe and effective, that company undermines the ability of health care providers to make the best medical decisions on behalf of their patients,” said Tony West, former assistant attorney general of the Justice Department’s Civil Division.

So you see, there is cause for concern and diligence.

There’s much confusion and controversy surrounding the immunizations of our Nation’s children. I highly recommend reading Dissolving Illusions, by Suzanne Humphries, MD to gain a comprehensive understanding of this issue, and why it matters. Dr. Humphries, in her book, speaks about the lack of training students receive on immunizations. It’s just another clue in the puzzle that’s made more complex by the relationships that drug companies work hard to develop with doctors, even before they are doctors.

Global News – Canada, published an article in August of 2019 about the influence pharmaceutical companies exert over not only medical students, but the faculties, and the schools themselves. While college athletes are barred from receiving payments and paid endorsements to retain their NCAA standing, there’s nothing standing between a medical student and gifts and incentives from drug companies. They take advantage of this with free meals and gifts. In 2016, Taylor and Francis Online, a medical forum, found that 40 to 100% of medical students could recall more than 20 interactions with a pharmaceutical company while still in school. The same companies will fund research, grants, pay faculty to sit on boards, and to speak at industry events. While many schools have rules against industry-faculty relationships, many fail to enforce those rules.

Doctors within the medical industry are often cited raising awareness of the inextricable and compromising nature of the physician/facility/school/pharmaceutical relationship.

“The truth is, it’s hard to disentangle medical education from whatever the prevailing culture is in medicine, including ways of thinking or beliefs of the day about diagnosis or treatment,” he says.

“And currently, the pharmaceutical and medical device industries continue to have much influence over the shaping of such beliefs.”, said Dr. Elia Abi-Jaoude, a psychiatrist at Hospital for Sick Children, in Canada. (https://globalnews.ca/news/5738386/canadian-medical-school-funding/)

The same prevailing theme is even more rampant on American soil where medicine is completely driven by capitalism.

It’s for all these reasons and more that I am providing a guide for working with your physician when you or your child are prescribed any medication or vaccine. For the time being, most of us still have the freedom of choice on our side. In order to make good choices, you need information. To gain information, you need to be willing to ask questions.

To stay informed about the latest news and announcements surrounding our freedom of choice in health matters Subscribe to our ALERT community. 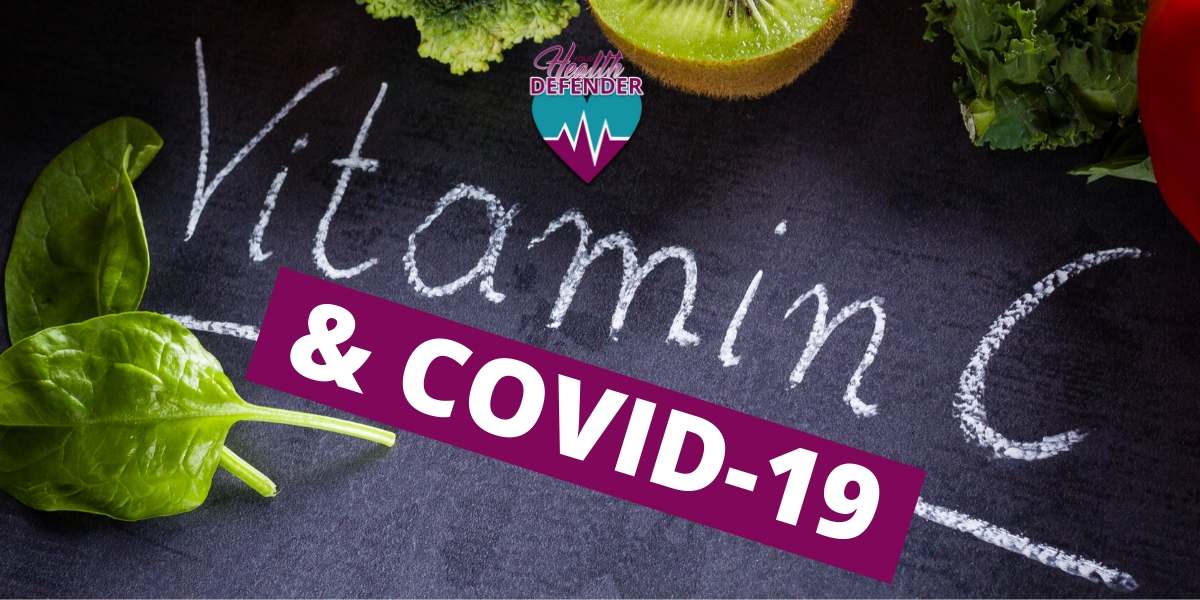 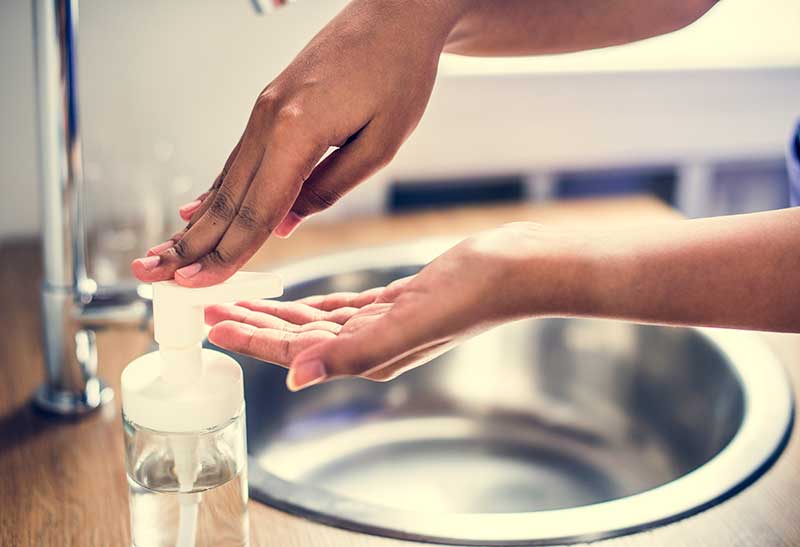 How to Externally Protect Ourselves from Diseases, Including Coronavirus 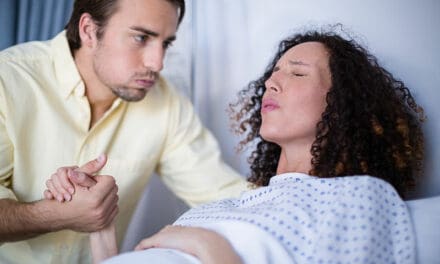 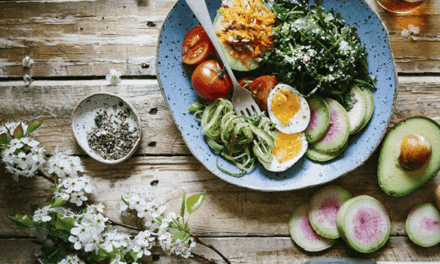